by Jessica in The Rainbow 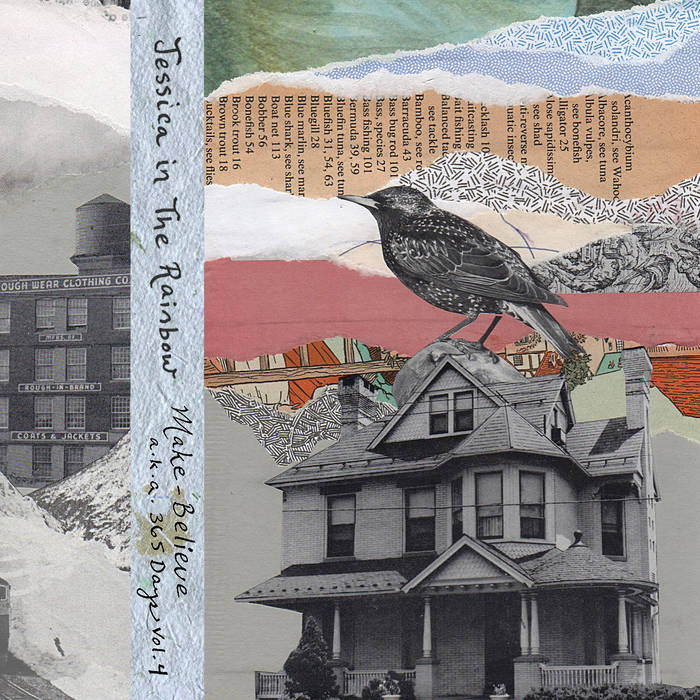 hello! this is an experimental album, that i made up in a weekend. wrote the songs on late thurs night into friday afternoon, added parts and organized it all on saturday, and mixed to the best of my scrappy ability on sunday/monday before work, released on tuesday. all songs are one-take made up on the spot in the studio (words and music! hence some pauses and giggles) so please be kind about how it sounds <3 unless you hate being kind, in which case please don't say anything.

it is part of a year of challenges. on 2/12/17 I started a 365-Day Songwriting Challenge where I write and share a song every day on social media, that I made up for myself to get over my fear of people and committing to releasing anything into the world, which i only do once every 4 years or so despite conservatory training and tons of piano performance-oriented jobs, i'm a real chicken with sharing my work despite writing almost everyday for many years.

if you like this, and you want to know me better, musically or how my brain works, my youtube channel currenly has 275 more songs like this on it plus check in videos where i talk about life and challenges and how to become more transparent despite introversion that is really just trauma healing slowly i think. i used to be a pretty outgoing kid lol. www.youtube.com/channel/UCWUrJO6vPyVVCk_VDABUmaw

p.s. if you want to help me keep going, here's my patreon: www.patreon.com/jessicaintherainbow

"Dreamy, intimate experimental pop, part of the artist's challenge to herself to write and record a song every single day of the year."
-Bandcamp, "New & Notable"

songs written a.k.a. improvised during recording by Jessica Fogle

mastered by my algorithm friend LANDR.
recorded in the clouds in Grand Haven, Michigan.

Jessica in The Rainbow Michigan

Bandcamp Daily  your guide to the world of Bandcamp